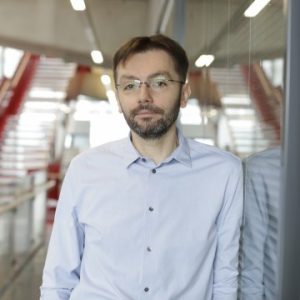 Following a Diploma degree in Molecular Biology at the Faculty of Science , University of Zagreb, Croatia (1990-1994), Boris moved across town to do a PhD in Biochemistry (1995-1999) on the enzymatic mechanism and evolutionary adaptations of one of 6000 of yeast proteins. During his he enjoyed computational sequence analysis enough to decide to switch fields to do it full time. He moved to Karolinska Institutet (Stockholm, Sweden) as a postdoctoral fellow in the newly established group of Wyeth Wasserman, to work on bioinformatics of gene regulation and annotation. After two years as postdoc, he was fortunate enough to be offered a junior faculty position at Karolinska (2002-2006). In 2005 he moved to University of Bergen, Norway, where he built a group working on computational genomics of transcription and transcriptional regulation. He joined Imperial College London and MRC Clinical Sciences Centre in 2011 as Reader in Computational Biology, and was promoted to Professor in 2014.